I accidentally found a new English word while I was finding a meaning of a word. That word was "panda parenting." Have you ever seen or heard this word before? Such a word meant a way of raising a child that the child is allowed to be free and do everything he/she wants. In other words, let's them fall and stand by themselves. After I'd found the mentions word, I saw a new word while I was reading news on CNN website. The word I found was "sawbones." This word was a slang which meant a physician. 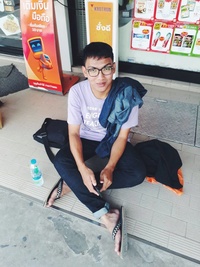 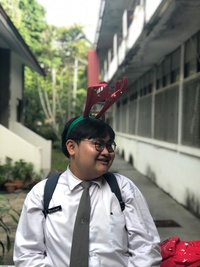 My word is 'patriarchy'. I found this word when I read the article named 'Patriarchal Society According to Feminism'. According to Merriam-Webster dictonary, it means social organization marked by the supremacy of the father in the clan or family, the legal dependence of wives and children, and the reckoning of descent and inheritance in the male line. But following the context definition, this word means a society controlled by men in which they use their power to their own advantage.

I haven't found new word today but an idoim.
It's "things go south"
It's a combination of the arbitrary convention to orient maps with north pointing up and south pointing down, and you get an idiomatic expression "going south", meaning "turning bad".
I've heard it from the song 'Be your man' from H3F.
It says "When things go south for you, I'm here to say it's alright"

I accidentally found this word "sawbones" when i read the foreign newspaper.
It is a slang word. Its definition is physician, surgeon.
the word sawbones is still used, often in a humorous context.

Today, I've learned the Great Gatsby in the literature subject. I found the word "elite".
Can you guess how I pronounce this word? The first time that I saw this word, I pronounced "e-lait".
But actually, It is pronounced "e-lit". Elite means upper-class or rich people. That's the new word for me today.

The vocabulary that I have just learned today is "Execute" the word that come from ROV game lol. The word mean to kill or murder someone.
So, we can use this word to adapt in our real English situation. I would like to say thatI can learn many words from different source such as books,
game, news and youtube. These kind of source is very useful when I want to get of boring I can use to relax myself and learn new vocaburalies too. 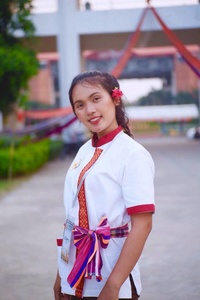 Today I have learned a new vocabulary from critical reading course.
It is "Perpetrator". The meaning of this word is a person who bring conflict and crime to society.
Other words used as synonyms are offender and culprit.
In another case, it might refer to the terrorist in specific areas.

"Thailand is a peaceful land since we do not have perpetrators." 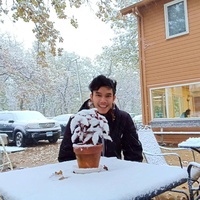 A new vocabulary which I learned this afternoon was 'bribery'. I learned this word from Classroom Management and Learning Environment course. To be honest, I have never before known the meaning of this word. It means that you give someone money or something else in exchange with what they will be doing for you. Actually, its meaning is negative. LOL You can add 'bribery' to your vocabulary lists. 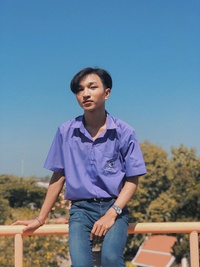 Okay, Today vocabulary is an imitation. which means ' to copy somthing'
Is that the new word for you? By the way, it is new to me.
I think it is a cool word by starting with letter I.
Don't you think so? 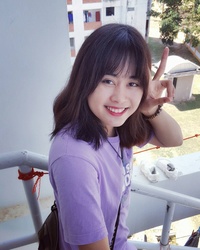 For today. I would like to share the phase that I have never used it before. I saw it in American lyrics several times. I was confused so much then I searched for it. That word is " Ain't ". It is used as a regular form of being or have, and supposedly sometimes do. For example, I ain't no tractor. = I am not a tractor, I ain't got no tractor. = I haven't got any tractor. 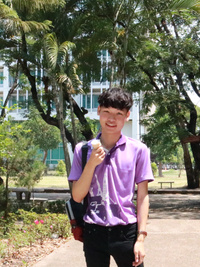 The new word that I found today from doing my homework is 'Procrastinate'.
It means to keep delaying something that must be done, often because it is unpleasant or boring. This meaning gives me an enthusiasm for working. During 1-3 years of EN students, I am a person who procrastinates in every work even a simple one like doing a journal each day. Therefore, I keep this word in mind to remind me of being a procrastinator. 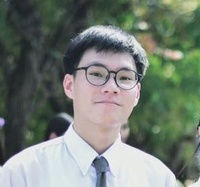 The new Enlish word that I accidentally found is “giveaway”. I found it from searching vocabulary to reply trr. It mesns something that is given free to customers when they buy something or in Thai we called “ของแถม”. I also already know this word and this is my new knowledge for today.

I would like to tell you that I found the interesting word from the newspaper.
That is "bandwidth". For the meaning of this word that I searched from my own dictionary is a range of frequencies within a given band, in particular, that used for transmitting a signal.
I could say that I have never known this word before. 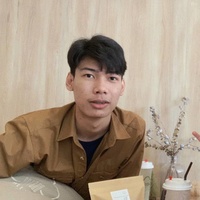 Today morning, I watched a video on Instragram and found a new one.
Actually, it's not a new word which we use for writing or reading.
It's a new word for speaking and listening, and this word is "Whatcha + V.ing?".
This word stands for "What are you + V.ing?" used for questioning. 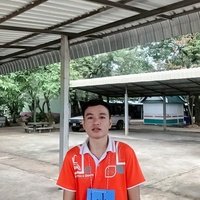